Today’s a special song for you released

For God so loved the world, that he gave his only begotten Son,
that whosoever believeth in him should not perish, but have everlasting
life. John 3:16

1260-day Prophecy… the wound is almost healed… get ready!!

A day is equal to a year in Bible prophecy.

In Revelation 13:3 it says: And I saw one of his heads as it were wounded to death; and his deadly wound was healed: and all the world wondered after the beast.

The “beast” is the Papacy.

Many people worship on Sunday because they don’t know the history of this tradition. Here it is:

In Daniel 7:25 it is says that a power will come that will change times and laws.
Emperor Constantine in Rome changed the day of worship to Sunday in 321 A.D.
We should not follow the traditions of man when it goes against the Bible.
Jesus and the disciples and the early Christians observed Saturday as the Sabbath.

The Roman Emperors expected Christians to take part in rituals and sacrifices to the pagan gods and goddesses.
When they refused to do this, they were persecuted and killed.

The most notorious persecutor of the early Christians was Emperor Diocletian who ruled from 284 to 305 A.D.

Even though these Emperors killed the Christians, many people continued to become Christians.

Pagan Rome killed about 50 million people over the years.

He told the Christians to compromise and to observe Sunday as the Sabbath and they would get their properties back and high Government positions.
Many Christians agreed and compromised.  Some Christians did not agree.

The day of worship was changed to Sunday in March 321 A.D. by Emperor Constantine.

***
Now the Christians were accepted and the Bishop of Rome got power.

In 538 A.D, Justinian elevated the Bishop of Rome to the position of Head of all Churches.

Over the years, the Pope’s religion persecuted and killed God’s people for not following their false traditions.

We should not obey man’s traditions when it goes against the Bible.
Jesus said, “If you love me, keep my commandments.”
The 4th commandment tells us to worship God on the 7th day.  Saturday is the Sabbath.

Papal Rome killed over 50 million people over the years.

Stages of the Deadly Wound below:

Step 1: The Pope lost power over the world… he lost the civil power.

On February 10, 1798, the French General Berthier under the orders of Napoleon put the Pope in prison…
and the “beast” got the deadly wound that is predicted in Revelation 13:3.
The Pope is the “beast” referred to in Bible Prophecy.

The pope died in prison…

1870 marked the collapse of the Papal States and the unification of Italy under a civil power.

Step 3: The Pope gets power over Italy
On February 11, 1929 the “deadly wound” began to heal when Benito Mussolini, the Italian political leader, gave the power back to the Pope.

**
Step 4: The Pope has to get power over the world

On February 11, 2013: Pope Benedict XVI resigned.
Soon after that, lightning strikes St. Peter’s Basilica at the Vatican.
This set in motion the next steps for the healing of the “wound” to come to an end.

This stepping down of the Pope will cause the healing of the wound to get ready to end.
**

When Pope Benedict resigned, it allowed the new Pope Francis from South America to come.
This Pope bridges Italy with America.

Now, this Pope is uniting all world religions and re-establishing Papal supremacy.

Revelation 13:11-15 – And I beheld another beast coming up out of the earth; and he had two horns like a lamb, and he spake as a dragon.

This beast represents the United States of America.
**

Before Jesus comes, there will be social unrest and a massive economic collapse.
At this time, America will join with the Pope in enforcing the “Sunday Law” that will force people around the world to worship God on Sunday.
This will be called: The Sunday Law.
We should not obey the “Sunday Law.”
**

This is when the “healing of the wound” will come to an end
and the all the world will “wonder after the beast.”

This will fulfill the prophecy in Revelation 13:3.

We should not follow this “Sunday Law”
we should run to the mountains and solitary places and hide
and God will provide us with bread and water.

Then the 7 last plagues will fall on the rest of the world.
Then Jesus will come and take the good people to heaven.

The rest of the world will lose eternal life.

**
To Understand the Mark of the Beast, please read below.

At Creation, God set aside the 7th day as the Sabbath for us to worship Him.

The 4th Commandment tells us to worship God on the 7thday.
Saturday is the Sabbath.
It is better to obey God than man. Jesus said, “If you love me, keep my commandments.”
God will judge people on the truth they knew of the Ten Commandments.

“In the right hand and in the forehead” means: in the actions and in the thoughts.

The people who obey the “Sunday Law” and worship God on Sunday will be able to buy and sell…
they will get the “Mark of the Beast” and will lose eternal life.

The good news is that the people who worship God on Saturday will receive the “Seal of God”
and will get eternal life.

When Jesus comes again, they will be taken to heaven to live with Him.  They will get eternal life. 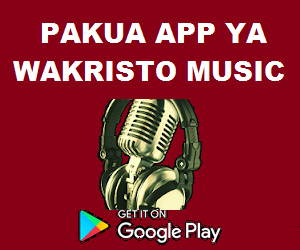